It's about time the media starts framing this better 1:Build back better plan is popular with the American people 2: Democrats want to get it passed as soon as possible to help the American people 3: Republicans are 100% against it Period. #DemVoice1 #ONEV1

RT @harrisonjaime: I’m sure you will also cover with just as much energy & vigor their thoughts on the creation of universal pre-k; extensi…

In just 5 days Virginia Democracy or autocracy are on the ballot,I beg you please choose democracy and vote blue

RT @Brindlepooch: [email protected] will announce a new social spending framework that is expected to win support of all Democrats 🤞🏼 Biden delays d…

RT @Smlygrl87: @ChrisCoons @RepSwalwell @SpeakerPelosi @POTUS @VP @SenSanders GO AFTER the GOP for leaving the Dems to do all the work for… 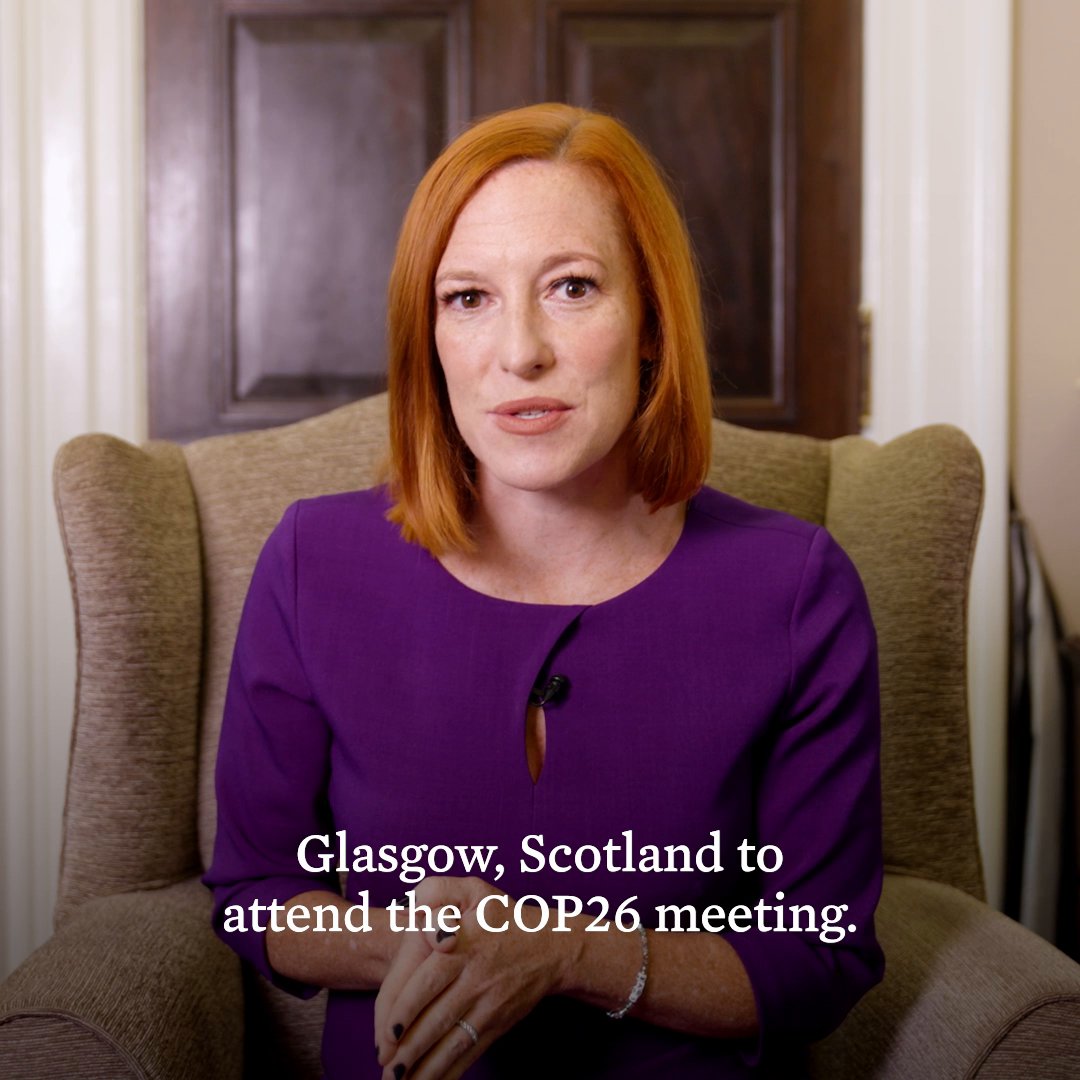 Wheels up! President Biden is en route to the G20 Summit in Rome and @COP26 in Glasgow. We asked Press Secretary Jen Psaki to give a quick explanation of the President's second foreign trip. Here’s what she had to say: 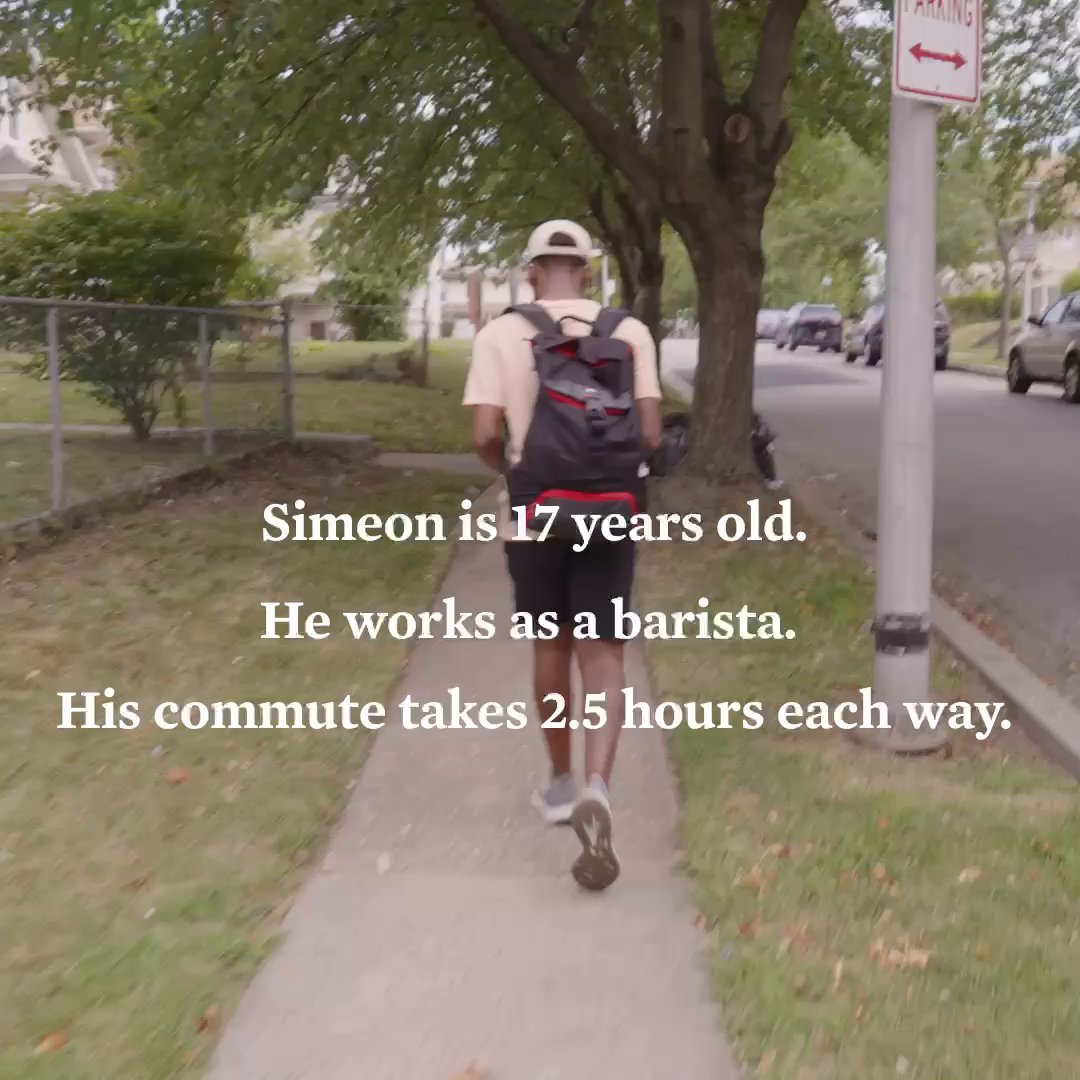 Meet Simeon — a 17-year-old aspiring architect from Baltimore, MD. He commutes 2.5 hours on public transit (each way) for his retail job. The Bipartisan Infrastructure Deal will help Simeon — and millions of Americans — get around more easily. 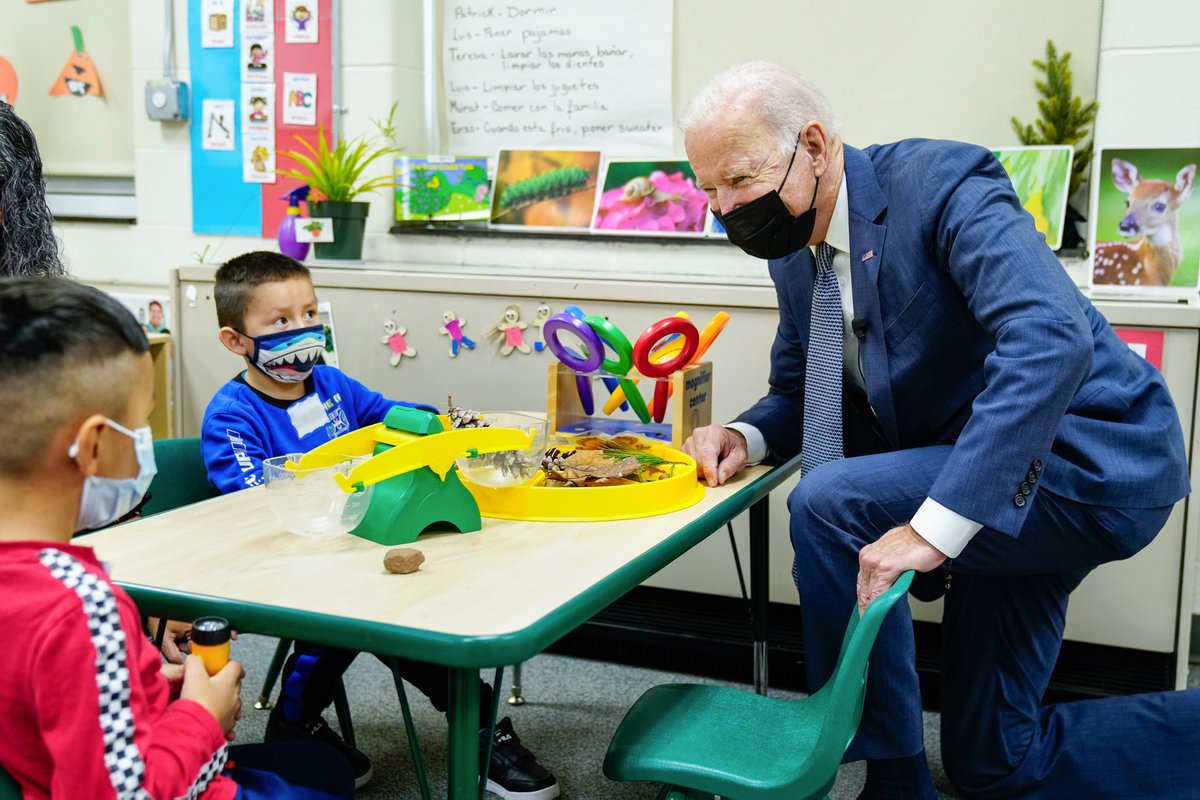 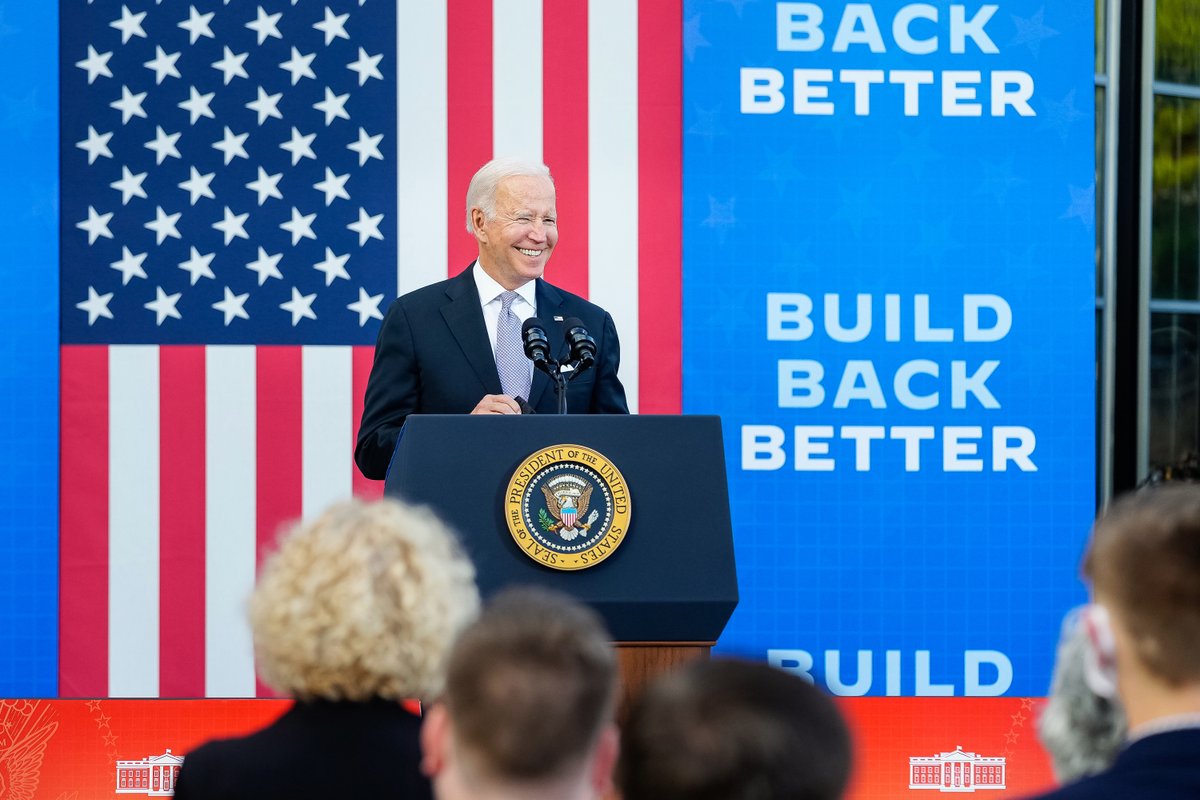 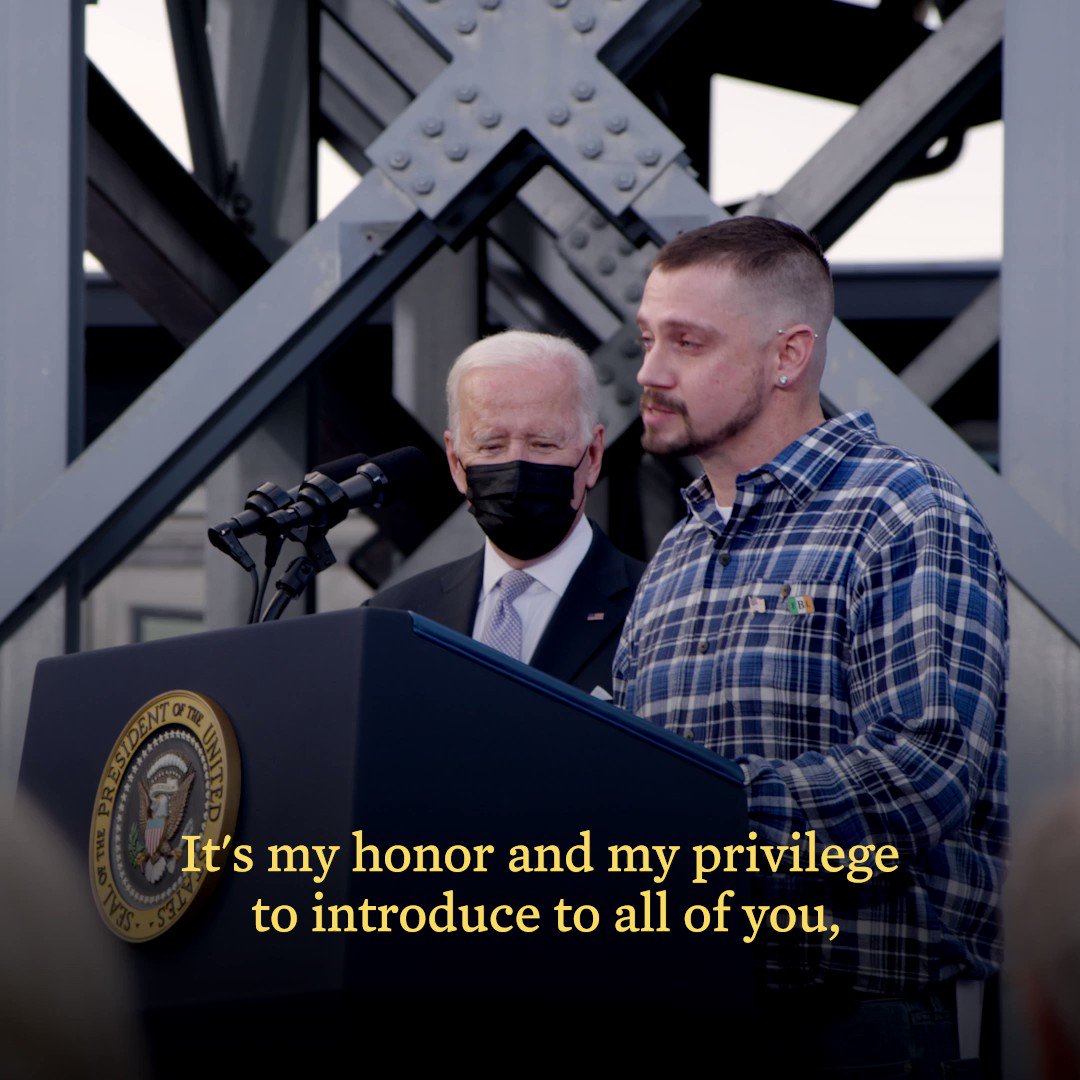 Last week, President Biden was welcomed home in Scranton, PA where he discussed the Bipartisan Infrastructure Deal and Build Back Better Agenda – his plans for rebuilding our infrastructure and creating an economy that works for every American.
Newsroom

The latest news on Congress, campaigns, elections, policy and everything politics from HuffPost. The Build Back Better Plan Keeps Getting Smaller, But This Isn’t Compromise

I find this book and its review oddly obtuse. The root cause remains mysterious? Perhaps the fact that these behaviors are documented…

How Democrats Have Perfected Selling Us The Politics of Fear And why it’s not working on Black people anymore.

"I’m so proud to endorse Joe Biden for President of the United States." Choosing Joe to be my Vice President was one of the best decisions I ever made, and he became a close friend. And I believe Joe has all the qualities we need in a President right now.

"Let me start by saying the obvious – these aren’t normal times. As we all manage our way through a pandemic unlike anything we’ve seen in a century, Michelle and I hope that you and your families are safe and well.

Over the past weeks, we’ve seen plenty of examples of the kind of courage, kindness, and selflessness that we’re going to need to get through one of the most difficult times in our history. We have been amazed at the incredible bravery of our medical professionals who are putting their lives on the line to save others. The public servants and health officials battling this disease. The workers taking risks every day to keep our economy running. And everyone who’s making their own sacrifice at home with their families, all for the greater good. But if there’s one thing we’ve learned as a country from moments of great crisis, it’s that the spirit of looking out for one another can’t be restricted to our homes, or our workplaces, or our neighborhoods, or our houses of worship. It also has to be reflected in our national government. The kind of leadership that’s guided by knowledge and experience; honesty and humility; empathy and grace – that kind of leadership doesn’t just belong in our state capitols and mayors' offices. It belongs in the White House.

He’s someone whose own life has taught him how to persevere; how to bounce back when you’ve been knocked down. When Joe talks with parents who’ve lost their jobs, we hear the son of a man who once knew the pain of having to tell his children that he’d lost his. When Joe talks about opportunity for our kids, we hear the young father who took the train home each night so he could tuck his children into bed – and we hear the influence of Jill, a life-long teacher.

When Joe talks to families who’ve lost a hero, we hear another parent of an American veteran; a kindred spirit; somebody whose faith has endured the hardest loss there is. That’s Joe. Through all his trials, he’s never once forgotten the values or the moral fiber that his parents passed on to him, and that made him who he is. That’s what steels his faith – in God, in America, and in all of us. That steel made him an incredible partner when I needed one the most.

Keep taking care of yourself, and your families, and each other. Keep believing in the possibilities of a better world. And I will see you on the campaign trail as soon as I can.

Team Joe
Privately owned by a U.S. citizen. Note that my opinons are my own, as are those of the voters, Social Media accounts and people's messages streamed into this website. I reserve the right to use TONS of typos and make lots of mistakes. Some language may not be suitable for children. Biden branding and content used without coordination or permission. Not affiliated with or endorsed by Biden For President, The Biden-Harris Administration, The White House, any governement branch or official, or JoeBiden.com